14 June, 2016: The news headline that caught my attention this morning was the LinkedIn acquisition. I’ve been using LinkedIn ever since it was launched in India (2009), and  of course MS Outlook for as long as I remember (I’m a certified MS Office Professional). And I always thought there could be tighter integration between the two. It would be wonderful to take my Outlook contacts with me wherever I go, and what better place to store it than on LinkedIn. With the power of social networking, those contacts could be still more valuable.

Well, you can merge Outlook and LinkedIn address books, but the process is rather tedious for the average person: export all your Outlook contacts to a .CSV file and then import these into LinkedIn. Somewhere along the years Microsoft and LinkedIn did exchange APIs and this process was a lot more straightforward — but that was abruptly discontinued. In the absence of that integration, you could use third  party tools like Xobni (Inbox spelt backwards!).

I’d say at least 80 percent of working professionals are using Outlook mail (via Exchange Server). According to Microsoft, more than 1.2 billion people use MS Office. As of 28 April, 2016 there were 433 million LinkedIn users; 2 new users are added every second; 105 million are added every month. LinkedIn is available in 200 countries and  territories, and 70 percent of its users are outside the US. The LinkedIn user base in India (second largest in the world) has been growing at a 50 percent clip, and today there are 35 million users in India (3.4 million when it launched in 2009). If you like numbers, here are some more LinkedIn facts and stats.

LinkedIn also made certain acquisitions along the years: Slideshare and  e-learning platform Lynda.com. Slideshare and PowerPoint will be a killer combination. Soon professionals will be able to store their slide decks on the cloud and share the same with their networks. And of course there are many exciting opportunities for integrating Lynda.com and Skype.

Perhaps the biggest nugget here is the Jobs board and LinkedIn’s talent acquisition business. That’s LinkedIn’s bread and butter. And with LinkedIn’s rich database of professionals, Microsoft could create a revenue stream out of targeted ads. There are seven million active job listings on LinkedIn and it grows 10 percent year-on-year.  LinkedIn receives 45 billion page views every quarter.

So this is indeed money well spent for Microsoft. I only hope it learns to leverage LinkedIn assets well and not repeat mistakes of expensive past acquisitions (such as Nokia’s mobile handset business).

And as for me — I hope to see the Outlook address book integration again!

Why Indian companies are flocking to Tableau 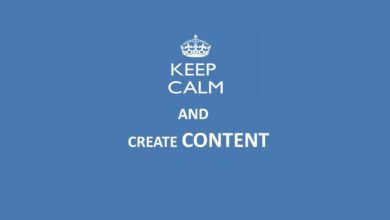