UPDATED: Red Hat, a leading provider of enterprise-grade open source solutions for the datacentre and cloud, announced the general availability of the Red Hat Enterprise Linux 8 (RHEL) operating system on May 8, 2019. The latest release comes after a gap of almost five years and includes features that address many of the challenges faced by today’s enterprises. There was a time when enterprises were hesitant to adopt cloud, but today enterprises have their workloads and applications on multiple clouds and in hybrid environments—managing all this is a complicated and expensive affair. RHEL 8 offers features that simplify the management of multiple clouds in hybrid environments. The other challenge is the shortage of skills to manage workloads in different cloud environments. RHEL 8 addresses this challenge with a feature called Red Hat Insights. Red Hat also announced the general availability of Red Hat OpenShift 4, its enterprise Kubernetes platform, re-engineered to address the complex realities of container orchestration in production systems.

More organisations are turning to Red Hat Enterprise Linux for their digital transformation and to respond to customer demands faster. According to IDC, Red Hat Enterprise Linux is poised to impact more than $10 trillion in global business revenues in 2019. That makes Red Hat a serious contender in the IT infrastructure and business worlds. Even former arch-enemies like Microsoft, AWS and Google are stepping forward to partner with Red Hat. 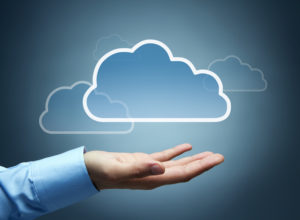 It’s a well-known fact that today’s enterprises host their workloads and applications in multiple cloud environments. There are two key reasons for this: one, no one wants to be locked into one cloud service provider. And two, they want to avail of certain services offered by cloud service providers like AWS, Microsoft, Google, Alibaba, and IBM. For instance, AWS might be more suitable for some workloads, while Microsoft Azure is ideal for other types of workloads. Customers also opt for hybrid environments, choosing to keep some workloads on-premise (on-prem) for compliance reasons, while other types of workloads may be deployed on public and private clouds.

Red Hat conducted an industry survey and found that 84% of enterprises have a multicloud strategy by design. Only 10% said they go with a single public cloud, 3% opt for a single private cloud, and another 3% do not have any cloud strategy.

The survey also revealed that today’s enterprises prefer to opt for open source technologies to support their multicloud strategies. 89% of IT leaders say enterprise open source is important to their organisation strategy. 68% reported an increase in the use of enterprise-grade open source solutions in the past year.

But there are a number of considerations for creating a multicloud strategy and enterprises face many struggles. Multiple clouds may reduce the risk of vendor lock-in but they also introduce complexities that one must deal with.

Ameeta Roy, Director-Solution Architecture, Red Hat India and South Asia offers some advice: “When devising a multicloud strategy, you need to be thinking about the infrastructure, the application platforms that run on that infrastructure, and what are some of the tooling that is available for developers, and to those that want to automate some of the tasks and manage that entire environment. So enterprises might want to migrate workloads from one cloud to another. That becomes expensive and difficult unless their workloads are independent of the environment.” An open solution that is platform agonistic, can counter this challenge. An enterprise may want to move applications between clouds in the future. So developers must ensure portability, interoperability, and integration, between all the applications. At the same time, the applications should be able to communicate with each other and exchange data, no matter where they reside. And that is what cloud orchestration does.

Red Hat claims RHEL 8 is open by design and it will run on bare metal servers, private clouds, public clouds, and virtualised environments. Red Hat has worked around the challenge of diverse clouds and infrastructure by abstracting the infrastructure. So when developers write code, they do not need to worry about the environment where the application will run. This orchestration is done by Red Hat OpenShift.

“Increasingly, customers are realising that hybrid cloud is the way forward because they probably have some investments in legacy infrastructure. Sometimes, all applications and workloads are not conducive for the public cloud. Sometimes there are regulatory concerns, especially in the financial sector. They may want to keep their applications in private clouds or on-prem,” said Roy. Another challenge that organisations need to contend with is dealing with legacy infrastructure. Many of the older applications were built using monolithic architecture. It means the code for an application was written as one large block. So if a new feature had to be introduced in the application, or if a bug had to be fixed, the entire code would need to be overhauled and reviewed. That task would take months, considering that a typical application has millions of lines of code. So the traditional approach to coding does not work in a dynamic and highly competitive business environment, where customers are impatient for innovation and new features.

A new architecture called microservices and a new approach to code development called containerisation can solve this challenge to a great extent. The application code is broken down into functional modules or individual services. So only the concerned service or module needs to be modified to introduce a new feature. This makes enterprises more agile, and they can roll out new features in a matter of hours or days – not months.

Containerisation means the code is bundled in containers or packages. Each container is a self-contained environment that has all the related configuration files, libraries, and dependencies required for the application to run in an efficient and bug-free way across different computing environments. That makes it agnostic or independent of the hardware, the operating system, and the run-time environment.

RHEL 8 offers features that enable developers to take advantage of containerisation and microservices. So now developers do not need to worry where their application is going to run. They can focus on the functionality of the application.

This new approach to software development also introduces a DevOps culture in the organisation. An application development project involves different teams like operations, development, and security. Previously, the code used to be developed by one team and then passed on to the next team. The application was then tested after all the teams had worked on it in a sequential manner. This led to a longer development cycle and the software was more prone to human errors. The software had to evolve through several versions or iterations before all the bugs could be fixed. Bugs were usually detected at the end of the development cycle.

In a DevOps environment, teams work in parallel and in close coordination. All teams are aware of the functionality, the interface and other aspects of the software. Bugs can be reported and fixed in the earlier stages of development. And the time to general availability is shorter. This makes the organisation more agile.

“In terms of increasing the agility, this is one area where RHEL 8 has stood out,” said Roy. “For operations, we have made things easier because now they are getting a standard image that is easier to deploy and manage. It has become a lot more seamless between development and operations (DevOps). Time to market is faster, and you can make changes more often, in shorter periods. That adds to the agility in the way we do things.”