The insurance industry was once a laggard when it came to adopting cutting-edge technology like machine learning. But after the banks started using technology like cloud and analytics, the business benefit became evident. The insurance industry then started thinking along the same lines. Business leaders at insurance companies began asking questions like: Can the process for claims settlement be automated? How can technology be used to check fraud? Today, there are insurance companies doing proof of concepts with cutting-edge technology like artificial intelligence and machine learning, to address such requirements. One such company is ICICI Lombard.

If you visit the ICICI Lombard website and request for motor insurance, for instance, don’t be surprised to get a call from an agent within two minutes. (This writer experienced it himself). But what we do not see is the technology to make this experience seamless and smooth.

“There is a lot of work that goes on at the back-end when it comes to the insurance business, to ensure that the customer experience is smooth,” said Girish Nayak, Chief of Customer Service, Operations & Technology, ICICI Lombard.

ICICI Lombard GIC Ltd. is a leading private sector general insurance company in India with a Gross Written Premium (GWP) of Rs 109.60 billion for the year ended March 31, 2017. The company issued over 17.73 million policies and settled over 2.18 million claims as on March 31, 2017. ICICI Lombard provides general insurance solutions to secure business, personal and project liabilities across rural as well as urban areas in India. In addition to NRI services and Rural insurance, it offers travel, two-wheeler, car, health, and home insurance.

During an interaction at a Microsoft event in Hyderabad last month, Nayak confirmed that AI and machine learning are the focus areas for the company, as it wants to use these technologies to improve claims processing.

“Motor and health (insurance) are the two largest retail portfolios that we have. In Motor (insurance) we are running a PoC, wherein we are using machine learning to analyse photos of the damaged vehicle. Today the damage assessment is done by humans, but we are exploring if a machine can identify the damage and decide on the amount payable as a claim. We have done PoCs to show that it is possible to do this.”

Nayak told us about the strategy and process employed to do this assessment quickly. Since the company receives the highest claims from vehicles that are common on the street, those are considered first. Aided by technology, officials look at the most common form of damage, which is a smashed or dented bumper.

“I can estimate that bumper damage for a particular car will cost a certain amount. The AI engine can do this assessment based on past incidents and can pass the claim for that. The key technology used here is image recognition,” said Nayak.

ICICI Lombard is also using AI for medical health evaluation, within health claims. Nayak confirmed that this is in the PoC stage. When a claim is received, it is passed on to a doctor, who reviews it. The doctor decides if it is suitable for a health claim. A few key questions need to be answered here: Can this work be done entirely by AI? Is it acceptable in the medical community? Will it adhere to the terms and conditions of the policy?

“Presently, this is run as a parallel process (running in parallel with the current, manual system). The doctor is the one making the decision, but the AI is also making a decision in parallel. As we do this, the AI keeps learning and improves its accuracy,” said Nayak.

So, it is a cognitive process, and as the AI system gets better with time, those questions will eventually be addressed.

The journey to use AI and machine learning began four years ago when ICICI Lombard decided to move to the cloud for UAT (User Acceptability Testing) development. It then evaluated all the cloud service providers and opted for Microsoft Azure.

“When we made the decision, there were two things on our minds. At that time, there were only two or three big cloud service providers: Microsoft, Amazon, Google and IBM. We looked at who has ground level presence in India. Microsoft had this at that time. The second thing was a data centre in India. At that point, Microsoft was the only one who announced their India data centre. Being a regulated entity in India it is important to have India presence (a data centre on Indian soil),” said Nayak.

ICICI Lombard chose Microsoft Azure for its cloud platform. Later, it opted for Office 365 (O365), which it has been using for the past three years. It uses O365 for office productivity and Microsoft Sharepoint for collaboration. These applications and services run from Microsoft’s India data centre, and off the cloud.

“As an insurance company, our job is to service customers. We are not in the business of managing mailing systems! The latter is best done by people like Microsoft,” concludes Nayak, as he runs off to catch a flight back home.

As he waves goodbye, he smiles and acknowledges his company’s long relationship with Microsoft.

The writer was hosted by Microsoft India for Media & Analyst Days 2017, in Hyderabad.

‘We are solving a regulatory challenge with BankChain’

Can Air Travel Be Uberised? 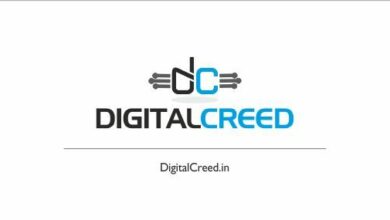